Women falls off the Edge 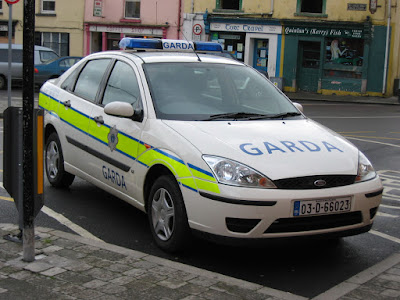 Clive said…
Oh lord, what can I say, wish I would think of something uplifting and positive. But at least that cop has something to think about tonight!
February 26, 2009 at 11:30 PM

drwende said…
I'm not a huggy type, but there's no other answer to your day...

K.Line said…
No wonder you've got road rage, lady. I've got pms today and people are running scared though they haven't even actively annoyed me. I cannot imagine how you are managing this moment. (Though I'm confident you will get through it with your regular super humanness.)

M, given her natural volatile personality, used to bite me and tantrum like a banshee. Though by the end of this life phase, she was strong enough to actually do some damage, I'm sure it's nothing like the damage a pubescent boy can do. She still goes a bit ballistic sometimes - but her rage is mostly expressed with violent language and disrespect. If there's one thing I might be able to relate to somewhat - and I am not trying to be comparative, of course, just supportive - it's that kiddie psycho willfulness. Kids who will not listen to reason, who act irrationally (for whatever reason) are eventually intolerable. I'm giving you so many positive, peaceful thoughts right now L. xo
February 27, 2009 at 1:00 AM

Skye said…
Hammie, I wish I could do something fucking useful rather than just sitting here typing something on the other side of the world. It was emotionally draining just to read that account, how you got through it and keep going is nothing short of superhuman.
February 27, 2009 at 6:07 AM

Nan P. said…
Oh! Hammie, Hammie… It is a good thing you have the outlet of this blog!

As for tailgaters at top speed, like you, I stay put until I have passed the truly slow vehicles, and only then pull over and allow them to go and kill themselves if they so wish…. And Feck them all anyway! And the stupid uniformed man! So there! ;-)
February 27, 2009 at 8:12 AM

Anonymous said…
Hammie, my God. I don't know how you do it. I feel like I'm a survivor and have lived through a lot, but I would've checked myself in somewhere by now. Your love for those children is strong, and it's keeping you all alive. That must be such a burden, but there's no one stronger than you to bear it. Sending you all my good energy, and wishes for a more peaceful weekend.
February 27, 2009 at 3:07 PM

Lisamaree said…
Thankyou everyone! I am feeling remarkably human now and so grateful for all your support.

Blogdog: I don't think so, I think they drove off so quickly they didn't see what effect it had on me. I think they just wanted to caution me for the hand signal and only had the right lane thing to use against me. Next legislation through the dail - no calling other drivers needle dick!

drwende: thankyou. And a hug from a non huggy type is a very big deal. Just don't start using LOL, or that's the end of it.

K- I love that you try to imagine what it is like and you know that I draw all this passionate oppositional defiance on myself - maybe I offended a gypsy fortune teller who said " May you be cursed with children like yourself"
I simply cannot believe that anyone as beautiful as M is in any way defiant, no wait; both my kids are beautiful too. okay.
As for Munster playing at home? - you know we are moon sisters? I was thinking it might be that too. Maybe I should put a red flag on my car to warn other motorists.

Skye: thinking about driving to the next Garda station and handing them the keys to the car, then checking myself into a cell for the night got me through it. But Boo said "no mummy crying" and then co-operated with his walk after it happened. So maybe it was some kind of peak of awfulness.

Nan: it was only the thought of writing it up on the blog that stopped me walking away from the car and leaving the Gardai with the keys and kids.
Thanks for the hug.

Sal: there is no one in Ireland that would take me! our social workers only work 9-5 weekdays so you have to arrange to have your breakdown between those times. I had the last quarter of 3 different tubs of Ben and Jerrys last night and with every spoonful the day melted away.


I actually think I was lucky folks. I could have annoyed a driver that really hurt me. Believe it or not I pulled up and wound down the window on Thursday to tell the driver of an 82 Mercedes S Class that the little stick on his steering wheel was an indicator and he should try using it before he pulled up suddenly in the middle of a roundabout. He could have been a russian gangster. So the Guard was right - I should be more careful.

Like Blogdog I was hoping the Garda might have gone away and had a little think about things...especially after he'd seen some of Boo and Bratty's reactions. But you're prob right...unfortunately. I mean if the lane thing was really an issue you woulda got the points/fine there and then.

I know it's not much but.... the little bit of empathy from Boo was lovely. And then he co-operated with the walk.

I know it must be exhausting for you but the terrific way your handling the DVD thing seems to be working.

Anonymous said…
Hammie, like everyone else I wish I could actively DO something! If I were rich I would so hire you a nanny (and a cook, housekeeper and cabana boy).
I'm glad that the incident actually calmed Boo down, so some good came of it.
February 28, 2009 at 6:51 AM

Make Do Style said…
Oh darling I know - even mums without all your stresses do the road rage thing so you are not alone in this department - it is so overwhelming when you have children full stop.

I wish I could give you a hug and write some more - I do think any change takes a while for the results to come good. It will take a few weeks and suddenly it will all come together.

Anonymous said…
Crikey Hammie, you had a very trying day to say the least. You are one of the most dedicated, passionate, loyal, strong and kind person that I have ever met. I could say many more great things about you but I don't want to annoy you! At least Boo showed empathy with you and co-operated with his walk. Sending you all my best.
Daizy
March 2, 2009 at 9:24 PM

(Though is it bad that I found the fact you gave the finger flipping more than mildly amusing?)

Anonymous said…
Oh Hammie you poor little chickie,
Arent the crap days really crap??!!
But there again, arent the great days really great? I dare someone to pull me over some day (hasnt happened yet, but it will I assure you!!).
I think that incident was a much needed minor meltdown, and as you said, you get up and start again. Im not sure how many times Ive told people that Im handing in my months notice of this whole "parenting of Special needs kiddies" job.
I know we're not getting paid enough, I know we dont get any holidays, or recognition, and sometimes I wish I could walk away from all the appointments and crap red tape. But like you, I wake up every morning and wrestle to dress and feed and get in the car and remember EVERYTHING and feel so stressed, but then I look through the rear view mirror and see the most gorgeous four smiley faces - and I made them!!
Chin up chickie

Candice DeVille said…
These are the days that you either cry or laugh in that crazed way that makes you consider hard drugs.
Last time I had one of those was when Miss Four (after being on hardcore laxatives for months)walked past the back window with what I though was a dead bird in her hand. When I went to the back door to console her, I opened the door and nearly fell over. She was holding a giant turd cupped in two hands and says, "It just fell out!"

Sister Wolf said…
You should have called me, for godsake!!!!!!

Next time, please do.

Lisamaree said…
Jazzy thankyou, and yes the empathy was amazing. I think we turned a corner that day.

Daizy: thankyou and it is lovely to hear from you. I don't know why I think I can write anything to help others when I am such a mess myself. xx

Hennie and Make-do: thanks and I get it that all mums feel this way.

Top Bird: If I flew outside my body I could see that it was very funny to give a cop the weiner finger. But I am not sure that Mr Hammie would have been amused to get my one phonecall from lock-up; had I laughed instead of cried.


SKM: Poo stories always welcome in our world. He he he!

Sister Wolf: Probably lucky I didn't have a sword. But in my newly contrite and well behaved state I am thinking a lot about guns. Maybe they should just let me road rage?
thankyou. xx
March 9, 2009 at 11:03 AM