on February 15, 2009
For the last 5 years I have campaigned for Applied Behavioural Analysis to be available as needed in Ireland, while running a home ABA program for my two kids.

Almost 12 months ago, they were accepted into a full time ABA school and I suddenly had a bit of head space - but still enough energy; so I started to work for Irish Autism Action part time.

My first job was "The Affinity", a chance for all IAA groups to connect with our long term sponsors - O2, and raise much needed funds.
For the month of October, existing and new o2 customers could text the word "autism" to 50308 and from that point o2 would donate 5% of their call costs directly to community based autism groups which were members of the IAA.

It was my job to communicate this to the groups and ensure that they spread the word and get as many people to text and join as possible.
As a new parent in a full service ABA school, I could see the enormous advantage of the Affinity because we too have to fundraise to maintain a fully supervised and supported educational program.

The more people who joined the Affinity, the more these schools could expect to receive in quarterly donations, across all of 2009.
Now that could really help with planning and delivery of services that the state doesn't fund.

It was a great opportunity to help our members in every county and I enjoyed identifying and getting to know the key fundraisers in each group. I learned and then shared the best ways to foster community based support networks, and I am so grateful for their efforts.

The Autism Affinity was a huge success- we raised almost €40,000 in the quarter from October to December  distributed amongst the county groups.
Let's make sure all those people Stay with O2 in 2009 and the groups can continue to collect a similar amount for each remaining quarter.

There are some amazingly hard working parents out there - I call them the "Alpha Mums (and Dads)" who raise literally thousands of euro for their groups and schools and keep them offering the education their children need.
We can campaign all we like for the supervision and therapy entitlements but nothing replaces lost time. The imperative is always to supply what the kids need now - whatever it takes.

Like it or not, we are moving into challenging times and it is the local effort and local support that is going to see our kids through.
The days of Balls and Golf Days and huge charity auctions might be a little leaner now but -
I believe that grass roots community based giving and support will continue.

Time and again the Irish have shown themselves to be a generous and compassionate people who reach into their pockets first and ask what it's about second.

And when you have a cause or project that is making a quantifiable difference to the lives of people and families with autism - as all of our member groups do; then you will find that support in your community undiminished - whatever the economic climate.

So my role now is to ensure that we continue to network our communities, to maintain the connections and links we made during the Affinity and to reach out and include as many families as possible under the wider IAA umbrella.

There are many families with a child (or 2) with autism out there who have never attended a support group or council meeting.

They might be too shy to network, or isolated either by distance, circumstances like very high needs or the fact that their child is in mainstream education, but still very much in need of autism specific services and support.
It can be a vicious circle of no network, no support, no chance to get out and meet other parents and learn about services, and then campaign or advocate for provision of support.

And as we said last year,
"Children with Autism (seem to) like spending time alone - their parents shouldn't have to."

So I thought I should harness the power of the internet, the refuge of the socially awkward (like myself) and use it to connect.

I was very critical of the current webpage, so they gave me that to mind while it is being retooled. I've cleaned up and moved the furniture around a bit but basically it has to stay as is until the new one is ready, so be kind and constructive when you visit.

I also added on a blog as you can see - (now where did that idea come from?) which is a little more opinionated and casual than the website, and a darn sight quicker to update.  - I hope you are enjoying it so far.

I also wanted a Gallery to share photos of all that we have achieved as a group of parents, for parents and set up our Facebook page.

Well, it has turned into a great way to reach out to individual and group members and keep in touch.

Autism Hours can be very anti-social, but there is always someone around when you are and our on-line connections can go on in the midst of bedlam, or the middle of the night without the usual interruptions*.

So thank you for your support so far. I look forward to meeting more of you online or in person and hopefully continuing to reach out and make more connections that will enrich our combined force. 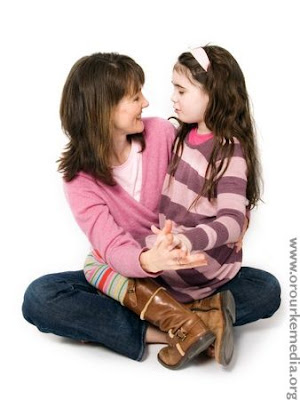 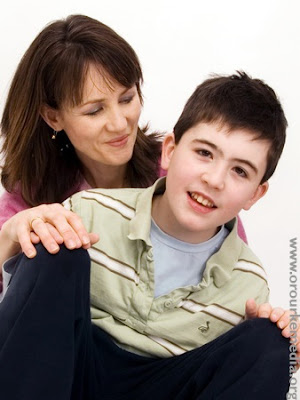