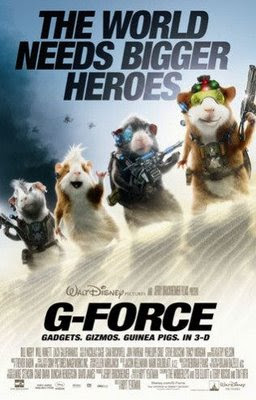 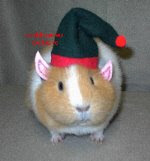 I booked our seats online in the top left row - which gives Boo a bit of a buffer for chatting and flapping without disturbing anyone.
We got there and bought our popcorn, pepsi and tub of Ben and Jerry's Fairtrade Chocolate Macadamia nut and went in to the cinema, 10 minutes after the previews, to ensure popcorn longevity - which ensures a quieter Boo.
And a woman with 10 children had taken our seats. The cinema wasn't too full, so when I pointed out that we had reserved seating and needed to sit down, she could have moved two of the kids down a row. But she refused, even when I told her about Boo's special needs*.

I went out and got the usher, he went in, then came back out and got a manager. Meanwhile key guinea pig action establishing plot lines were happening on screen, while Boo and I ate popcorn and icecream on a seat outside the cinema.

The Manager emerged 10 full minutes later and admitted defeat. The woman would not move. The manager offered to comp' us tickets and free snacks for the next show -which started in 90 minutes, so I took Boo back into the cinema to watch the second half of the film, and to hell with flapping or chatting - while I periodically made evil eyes at the back row woman-who-should-have-lived-under a shoe.

The film didn't make an awful lot of sense. I suspect that missing the first half wasn't entirely the reason for this. Disney is getting very lazy about script, story and decent non-CGI generated acting these days.
But the Guinea Pigs were brilliant - especially the one voiced by Tracey from 30 Rock. 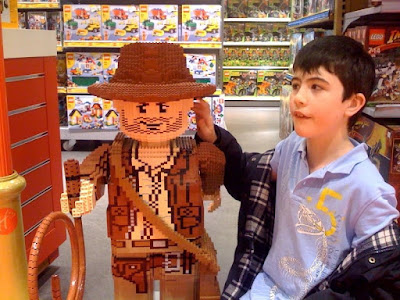 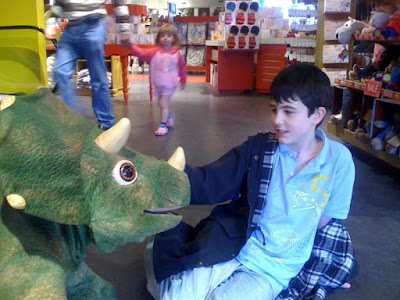 Eventually we got fed up and decided to go home, without knowing exactly how those Guinea Pigs came to be wearing headsets and carrying FBI badges. Guess I will have to wait for the DVD.

*I think I know why she refused to allow for Boo's Autism and give us the seats we booked.

There are some people in the world who think that kids like Boo should never go out and expect the rest of the world to make allowances for the need to chat or flap or have a bit of extra personal space; or be in any way different from the normals. They expect kids like Boo to live out their lives in special schools, special homes and only go to special showings of the latest films - or wait for them to be on DVD. - to be invisible in other words.

We came a long way to be able to go to the first day of a new release film like this- with the help and support of the cinema staff and management. Meeting so many good people I forget there are people like that woman in the world. May she be outnumbered wherever she goes.
xx
Brokeback Mountain Cuddly Cavies G-Force Hamleys Movies at Dundrum Total Bitches with Ten children who take your seats.

drwende said…
Y'know, with her thinking her posse of urchins had priority, I'm kind of wondering if, rather than believing children with autism should be invisible, she was the hearty sort who believes it's all just a behavior problem that any parent could solve with stronger discipline. They're equally annoying, of course, as they go beyond distasteful looks and launch into self-righteous lectures.
August 3, 2009 at 2:49 AM

Jules said…
Oh looks like Boo had a great time. =D Enjoy the rest of the workweek. Have a wonderful day. =D

Make Do Style said…
Geez lets face it the woman was a pikey! And how rubbish were the cinema staff why didn't they call the garda!!

I'm sure they weren't rubbish but I would have got her out of those seats.

I doubt she even knew what autism is let alone spell it. Ignorance isn't always about opinions it is often plain stupidity. Stupid people are very good at sticking to their views and being cunning because their brains don't exactly excel at anything else.

Next time you meet someone (sorry but the laws of averages means you probably will..) like her - talk really slowly and loudly telling her your boy is very bright but his wiring is routed a bit differently and then say shame your brain didn't get connected you might understand me and autism if it had!
August 3, 2009 at 9:03 AM

K.Line said…
Honestly, how useless is that movie staff that they couldn't boot that idiot woman out of the theatre altogether? I don't think it's ok that they came back to you with comp seats on the basis of being ineffectual. What a stress! Sounds like you handled it perfectly. And one can only wonder what makes that woman so ignorant and evil.
August 4, 2009 at 1:21 AM

Lisamaree said…
Thanks everyone. They actually have a T&C online that tells you once the movie starts you can sit anywhere. Which kind of defeats the point of booking a seat (and paying a booking fee) but anyhoo. I just couldn't believe she wouldn't give back the seats. She wasn't alone BTW had another mum with her that I saw afterwards. We will be putting coats on our seats a la "Seinfeld" next time before hitting the concession stand.

drwende: I'm thinking you could be right. There are some folk who just think it's every man (or woman) for himself in this world!
I still meet more good people than bad so I'm not becoming a cynic yet.
August 4, 2009 at 1:11 PM

Vonnie said…
I cant believe the cinema staff allowed her to behave in that manner,whats the point of reserved seats.Like you, we need to plan in order for the cinema experience to be a positive one, and probably pay too much attention to the needs of others in the cinema.We've had an experience where a family choose to sit in front of us in an almost empty cinema and the mom spent the movie throwing dirty looks over her shoulder and to my shame we moved as I couldn't take her disdain and didn't want to do the whole 'he has autism' routine...i sometimes think there are moms who feel superior when they see kids with special needs as though they singlehandedly created the arian race....i think your story has hit a nerve!
August 4, 2009 at 2:45 PM

jazzygal said…
That was awful Hammie... felt for you when I read it.
All in the small print though ...eh? They should make that more clear. I wonder if nasty lady knew that rule?? Probably not. I'd say she just dug her heels in....I'm here first...we have loads of kids and I'm not splitting them up...or going to the hassle of moving everyone....Autism be damned. If it wasn't so unfair on Boo I'd nearly have sat RIGHT in front of her...or the SMALLESt of her kids & let Boo flap & stand up as much as he wanted!! Too distressing for him though. Coats on seats VERY GOOD idea! xx J
August 4, 2009 at 2:54 PM

WendyB said…
Sorry you had a bad movie experience...but thanks for thrilling me with the link to Cuddly Cavies. I'm loving it!
August 4, 2009 at 6:31 PM

Unknown said…
Oh so you had a bad movie day..=( But looks like boo had a wonderful time.;D Hope you all had an awesome day. ;D

Lisamaree said…
yvonne: your comment struck a chord with me. Yep there are people who feel superior to anyone raising a child with special needs, my youngest SIL is testimony to that. It also reminds me of the African superstition that a child with any disability is a reflection on something the mother did, and the mother should be shunned or disregarded. Either way they see our kids as afflicted - so feck em!

Jazz and Jean: I was surprisingly un-millitant. I think because her kids were there and it wasnt their fault I cooled my heels. I hope someone reads this and relates the story to her and she BURNS in shame! (her friend was just as guilty for doing nothing)

Wendyb: a pleasure. I used to love that site, but less so after I saw he was making nappies for the guineas... blerch!

Cas: I kept offering to get him extra coke!

Solo: thanks for dropping by.

Anonymous said…
I met that woman one day who seemed surprised that her older children were not going to be harassing my middle special needs child....I gave her a summary of the full legal journey that lay before she and I beginning only with the request for Garda assistance....she left the facility...take no sh1t
March 31, 2010 at 7:34 PM