99 things you didn't know about me but were afraid to ask....

on February 20, 2010
Pinched from Candi at Looking for Blue Sky.
You just copy the list and bold the ones you've done.
I'm going to bracket the things I did that were close enough to count.I have a terrible memory so will be double checking with Mr Hammie later, maybe emboldening a few more...

Started your own blog (x 3)

Slept under the stars (most memorably on a beach in Sengiggi, Lombok)

Played in a band
(wrote a song that was recorded by a band in a studio and shook a tambourine, I think)

Given more than you can afford to charity* (totally worth it!)


Sang a solo (frightening for all concerned)


Watched a thunder and lightning storm (duh! lived in Brisvegas for 4 years)


Taught yourself an art from scratch

Grown your own vegetables

Seen the Mona Lisa in France (Doh! she doesn't tour)


Slept on an overnight train

Had a pillow fight


Taken a sick day when you’re not ill (aka, job interview for another job)

Ridden in a gondola in Venice


Watched a sunrise or sunset (ha, both on same day!!)

Been on a cruise


Visited the birthplace of your ancestors (maybe, I have been to Sicily, Ireland, Scotland and England, but not Michigan or Canada)

Taught yourself a new language (does PECs count?)

Had enough money to be truly satisfied


Seen the Leaning Tower of Pisa in person

Walked on a beach by moonlight (slept on it, see above)

Been transported in an ambulance

Had your portrait painted (drawn by Boo?)


Seen the Sistine Chapel in person


Been to the top of the Eiffel Tower in Paris

Kissed in the rain


Played in the mud


Gone to a drive-in theater (Born in Melbourne in 1968! probably conceived in one)

Visited the Great Wall of China

Started a business (about to?)

Served at a soup kitchen

Got flowers for no reason (always a reason, look harder)

Flown in a helicopter 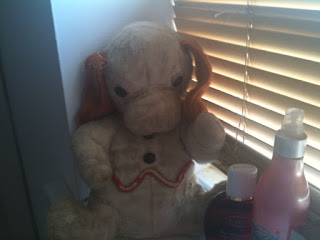 Saved a favorite childhood toy (Coco, named for the cereal, not the French Designer)

Been fired from a job (rehired next day!)


Seen the Changing of the Guards in London (didn't intend to, caught in a traffic jam on Hyde Park Corner)


Been a passenger on a motorcycle

Seen the Grand Canyon in person

Published a book (not quite yet)

Had your picture in the newspaper *coughs*

Kissed a stranger at midnight on New Year’s Eve

Killed and prepared an animal for eating

Sat on a jury 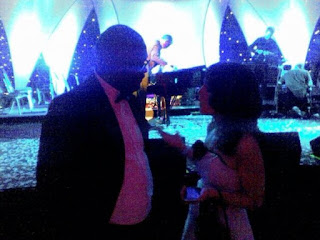 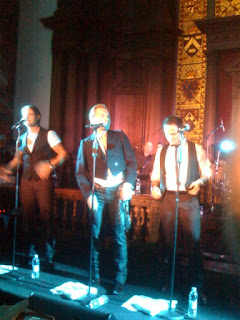 Joined a book club (Scholastic, when I was in Primary school)

Seen the Alamo in person

Swam in the Great Salt Lake

Been involved in a law suit

Been stung by a bee

Truf said…
Agree with Blue Sky - very American. Hammie covered good half of the list though - well done Hammie! Immediately started writing my mental list (and I don't even have a blog). Bet none of you queued for 2 hours when the first McDonald's opened in Moscow ;-) Beat that!
February 23, 2010 at 4:03 PM

jazzygal said…
Good read for sure Hammie and PECS definitely counts as a language!!

Lisamaree said…
K: I'm sure I don't know what you mean!
Petunia: I had a good laugh writing them. heehe

Jean: You and the hand mirrors again!

Looking for Blue Sky: yeah, like where else is the Mona Lisa going to be? Tesco?

Popsie: it's nice to have the memories.

LaBelle: I stamped my foot hard enough it seems. xx

Truf: um, I worked in the first McDonalds in Ballarat? and I was crew member of the year (?? which year??)
does that count?

Jazzy:Thankyou. I feel fluent in PECs.

Candi: I will give you more detail in return for champagne - deal?

Truf said…
Of course it counts. And this is the second time in my life I've seen "Ballarat" - the first was in a Sherlock Holmes story. Hammie, even your McDonalds jobs are exotic!
February 24, 2010 at 12:10 AM

Lisamaree said…
Truf: um, that is Ballarat Victoria. Not Ballarat, Turkey if that is what you thought. It is aboriginal for "A nice place to lie down for a rest" or so they tell us. xx
February 24, 2010 at 12:21 AM

Truf said…
From my neck of the woods Victoria is more exotic than Turkey :-)
Checked my "Complete Sherlock Holmes" - the story is called "The Boscombe Valley Mystery".
February 24, 2010 at 2:04 PM

Tricia said…
Now this is an entertaining list. And is Fungie v. famous in Ireland?? I'm interested, we read all about Fungie when we visited the Dingle Peninsula - "I swam with Fungie and he changed my life" are the basics of what I remember, but it was a while ago.
February 26, 2010 at 4:00 AM

Irish Mammy said…
Brill it really does give an insight into people I might just rob it as well x (loved your personal comments)
February 26, 2010 at 11:18 AM

Sister Wolf said…
I hate that list! It makes me feel like I've never done ANYTHING in my whole life.