Today I have a rather scientific guest post from my friends at ABA Ireland.
ABA Ireland started as a Facebook Group to link and promote the use of Applied Behavioural Analysis across all settings and to support students, therapists and tutors. They have also run a number of "Fun Days" for families of children with autism and are now getting set up with as a charity with a website. The group is INCLUSIVE - in that they want to encourage anyone who wants to increase their understanding of evidence based education to join and learn more about it.
After my recent posts on behaviour which were written from a parental point of view, I asked the group to contribute a slightly more formal explanation of Functional Analysis - which is what you need to do when you have an inappropriate behaviour issue going on. Niall Conlon very kindly agreed to write this. If you have any questions, please post them in the comments and I will get Niall to answer them. Lisa 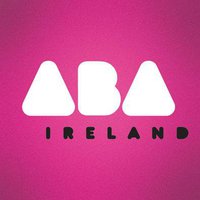 "First off, thanks to Lisa for giving me the opportunity to let her readers know a little bit more about Functional Behaviour Assessments (FBA). It is important for the parents of children with special needs to know about FBAs because they're one of the most powerful Behaviour Analytic tools available for dealing with challenging and inappropriate behaviour. In the US, the effectiveness of the FBA has been acknowledged by legislators who made the use of the FBA mandatory for children with disabilities who display challenging behaviour in schools..

What is a Functional Behaviour Assessment?
FBA involves an examination of how the child interacts with their environment, and aims to discover specifically when where and why problematic behaviour arises. It's not always easy to recognise the cause of any particular behaviour and it can be particularly difficult to identify the function of challenging behaviour in children with special needs because they may also have difficulties in communicating. The benefit of the FBA is that it helps us to learn more about the causes or functions of challenging behaviour and this knowledge can then be used to formulate an individualised effective treatment for your child's challenging behaviour. .
What are the functions of Challenging Behaviour?
The functions of behaviour can be divided into those that are maintained by positive reinforcement and those that are maintained by negative reinforcement. Positive reinforcement involves access something. For example, the function of the a self injurious behaviour might be to attract attention from a parent, or it might be an inappropriate way of requesting a preferred toy, activity or snack. It could also be automatically reinforced by the release of endorphins within the body which can cause pleasant physical sensations. Negative reinforcement typically involves stopping, avoiding or postponing some negative condition. For instance, a child might run away to escape a barking dog, or they might scratch their skin to remove an itch.

What happens during the Assessment?
In an earlier post, Lisa described one of the most common tactics used in Functional Assessment; the use of ABC data collection sheets. It is one of the more common tactics used because it provides a lot of data about direct observations of challenging behaviour that can then be used to develop an intervention designed to reduce the behaviour of concern. However, the FBA is not restricted to the use of any particular form, test or checklist. It is an ongoing process for examining behaviours of concern with a view to putting in place effective behavioural interventions based on the function of the behaviour.

There are two main types of FBA: Descriptive Assessment and Indirect Assessment. Descriptive Assessments involve the direct observation of the behaviour in a natural setting. The ABC sheet that Lisa described can be used in direct observations, or you can use alternatives like scatterplots, or specially designed data collection forms. Some methods and measurement techniques are better suited to some behaviours than to others, and there are other practical considerations to take into account, however your Behaviour Analyst can guide you to select the most appropriate option. Indirect assessments get their name from the fact that the data they provide is based on recollections of the behaviour rather than direct observations. Indirect assessments are generally used in conjunction with forms of Descriptive Assessment. There are many interviews, checklists and rating scales that have been specially designed for Functional Assessments that can be carried out with parents, siblings, teachers or other significant people in the life of the child which can be used to identify behaviours of interest, guide direct observations and develop support plans.
What Next?

If you would like to know more about functional assessment, contact your local Behaviour Analyst by visiting www.bacb.com or go to www.aba-ireland.com for more information about Applied Behaviour Analysis.
ABA applied behavioural analysis facebook Functional analysis. Inappropriate Behaviour