Using the power of Behavioural Analysis to teach a young lady to look after herself.

on April 16, 2012
My beautiful girl has beautiful hair 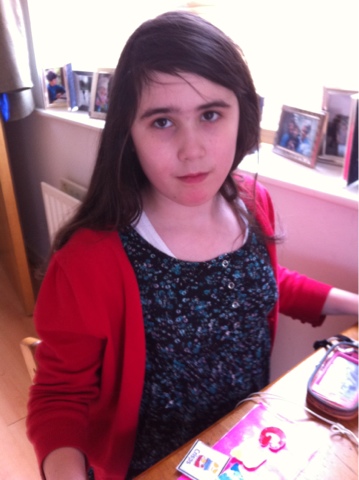 However, as anyone with a daughter knows, it is pretty high maintenance. Cutting it short would be pointless as she would not tolerate a hairdresser and short hair has to be cut regularly.
I would not do it myself as I think that it would be unfair, I mean just because she has autism, doesn't mean she has to look like her Mum cut her hair.
And it suits her long, as my friend Joanne often says; it gives her a certain Catherine Earnshaw quality. Although if Gracie was crying at the window I am pretty sure that Heathcliffe would have no choice but to let her in.

So Bronte heroine look aside, the hair has to be brushed regularly.Gracie does not like this. It has been a lifelong challenge which used to involve me chasing her around the house. As she got older she has got a lot cuter*, and now tries to style me out of the way by putting on hats or hair bands before she comes downstairs. However, thanks to the power of ABA; we now have her doing this: 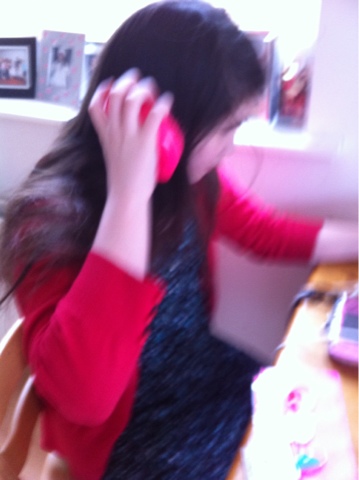 Which is thanks to this: 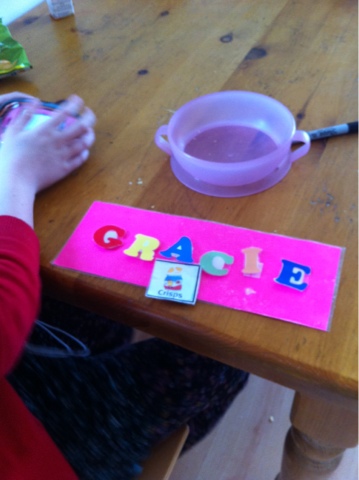 A special token board created by the Educational Director at her school Saplings, along with a program for tolerating an unpleasant activity in return for a highly motivating reward.

After the lovely spring weather we had last month, Gracie developed her usual hay-fever. She gets sore eyes, a runny nose and if we leave it untreated, welts on her face like hives. Very uncomfortable. Last year we tried nasal spray but she found it so adverse I could not get near her to do it. And I don't want to be forcing her anymore; she is a young lady and deserves better. So I tried oral medication which interfered with her behavioural medication. Could not risk that again.

So this year I decided to leave it to the professionals, and they came through. After 2 days of using the spray in school, she was able to tolerate first Daddy and finally me getting her to take a sniff of the nasal spray twice a day in return for treats like crisps or chocolate. 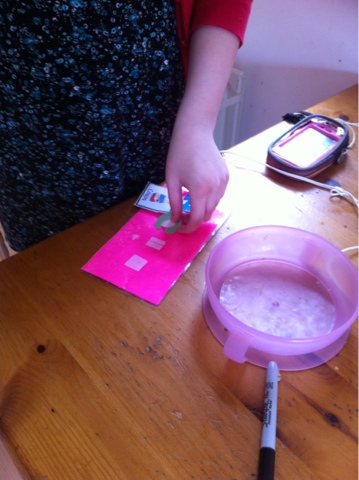 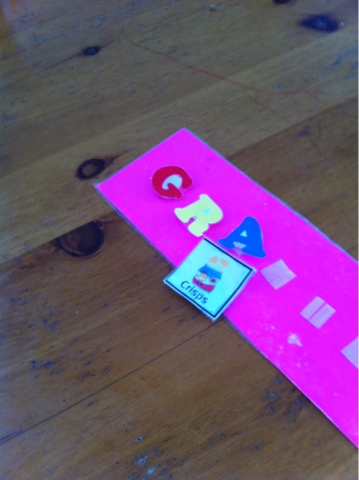 In fact, it worked so well she was getting out the nasal spray several times a day over the Easter break, in order to earn the treats.
That had to stop before she over-dosed. But I decided to use the same powers to let me do a few strokes with a hair brush, in return for a token. 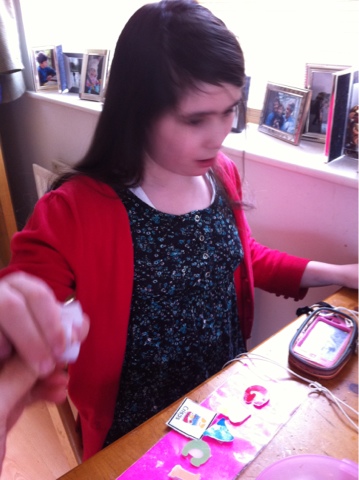 It is a win/win. If she won't co-operate, she eats less junk food. And if she does.. 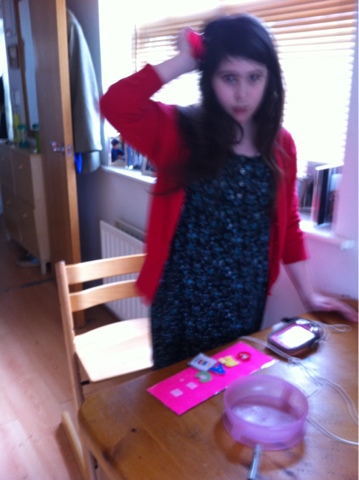 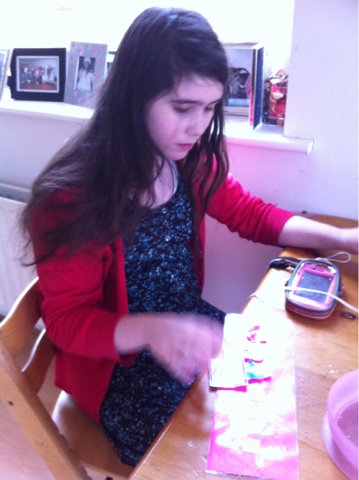 Looking for Blue Sky said…
Gracie is really beautiful and does have that wistful ethereal quality that is straight from the pages of a Bronte novel. Great that the reward system has worked :)
April 16, 2012 at 5:39 PM

jazzygal said…
Oh, Gracie is indeed beautiful and such a young lady. Bronte sisters eat your hearts out! She actually reminds me of one of my gorgeous dancers..that's how grown up she's getting.

Wonderful to hear how successful ABA is, especially with the nasal spray.

Make Do Style said…
Deffo gorgeous & I think I'm going to implement this with petit garçon. I find it so encouraging when you share this information. I know he isn't autistic but your patientence, the kindness and progress is always so uplifting it makes me a better mother xx
April 18, 2012 at 8:40 PM