About Me - workshops and online training.

Lisa is co-creator of Grace App and mother of Liam and Gracie Domican who both have autism. 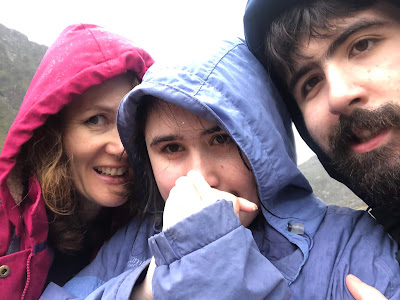 As a parent, Lisa has had 17 years experience of raising her children with autism and has been attending courses and studying evidence based interventions for the last 15 years.
As a mother, Lisa fought to understand her initially non-verbal son Liam, and learned to interact with him using the things he liked most. It was the introduction of a simple picture exchange system that prompted Liam to begin imitating and attempting to say the words on the picture cards he was using to ask for things. Liam was speaking independently within 3 months and no longer needed the cards.

It was using the same system with her daughter Grace who was also non-speaking the next six years, 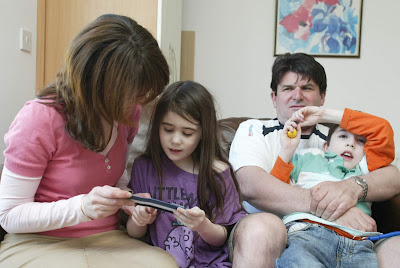 that inspired Lisa to create the Grace App, Picture communication on the iPad, iPhone or iPod Touch. 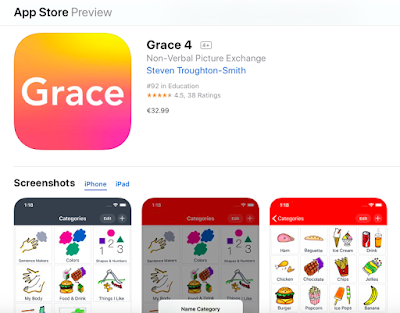 This intuitive user-lead system allowed not only Gracie to take control of what she wanted to say, using the devices camera, but has since helped 30,000 other users world wide, since launch in 2010.
Gracie eventually began imitating the words with pictures but continues to use the App as a back-up, to ensure she is always gets what she wants!
As a mother of two young adults with very high needs, who have passed through a very imperfect education system; Lisa believes passionately in the need for everyone to be able to educate themselves to better support our kids.
She has been presenting workshops on Autism and communication for over ten years, but found her own difficulty in being able to combine full on parenting with getting out of the house to teach others; reflected in the struggles of parents and professionals to attend onsite courses. (Professionals are often parents too!) 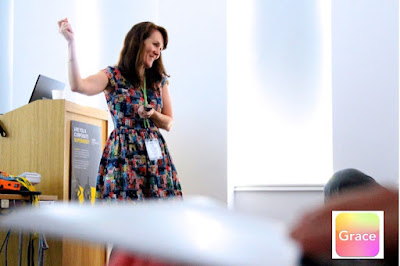 She says "I get so many emails from parents and carers asking for help, that have been sent in the middle of the night, when I imagine that parent has finally had a minute to themselves."

For this reason she has partnered with CATTS Ireland, a provider of speech therapy in Dublin and Kildare to contribute to their online training platform for parents and carers along with Education Nation, a package aimed at schools.
Courses can be taken online at anytime of day or night, and can be interrupted and returned to as often as needed. There is also an option to ask questions which will be answered, with possible solutions demonstrated, on regular video links.

Lisa has contributed her popular "Autism 101" course, a "Six Steps to Success With Grace App" and will be adding a general 'Autism and Visual Communication' course soon. 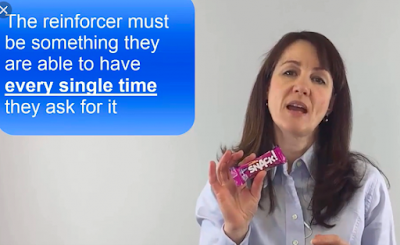 In 2013 Lisa gave a TED Talk on the importance of communication "Everybody Deserves to be heard" According to Lisa ‘My goal is to engage and inform as many educators, therapists, parents, carers and service providers about the importance of independent expression’. That expression applies as much to the care-givers who need to be a voice for their loved ones, as it does for the people with Autism themselves.
Lisa can be found on twitter @graceapp
Facebook at Lisa Maree Domican Living with Autism Lisa Maree Domican Living With Autism
and Instagram at lisamareedom.

Lisa Domican Lisa Domican is a Wicklow based mother of two autistic children. She set up the company Grace App Communication, and developed a simple picture communication app in collaboration with a successful games developer that allows non verbal people with Autism and other disabilities to communicate effectively. In interacting with people with autism, Lisa advocates in ‘the 3 As’: Awareness, Acceptance and making Allowances. She hopes through using these steps people can help reduce the challenges that make having living with autism in a world designed for “normal” people so stressful. 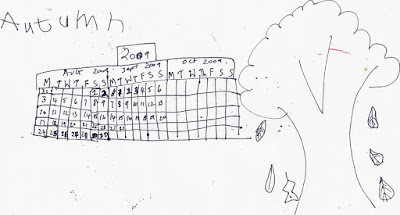 It's Official - My Son is a Genius

I am going to break away from the honest blogging story for a moment to tell you something that happened today - which is also true.

I have always maintained my son is a genius. Not just because I am his mum and I love him, but a bona fide genius. He learned to count and read by the time he was 3.
He could type by the age of 7 and at 11 he can read and memorise the credits at the end of a film, then retype them with matching fonts and layouts and a whole load of stuff that you never knew Microsoft Word could do - at about 150 words per minute.

This intelligence was severely underestimated in his previous school and it cost them. And when I told them they nodded patronisingly as if I was talking about a cat that could open a tin or a dog that understood walkies.

I have long suspected that Boo is memorising dates.
Sometimes we go into a place we havn't been for a while, and he reams off the date of the last time we were there.

For Example: we were walking into the cinemaplex to see Mon…